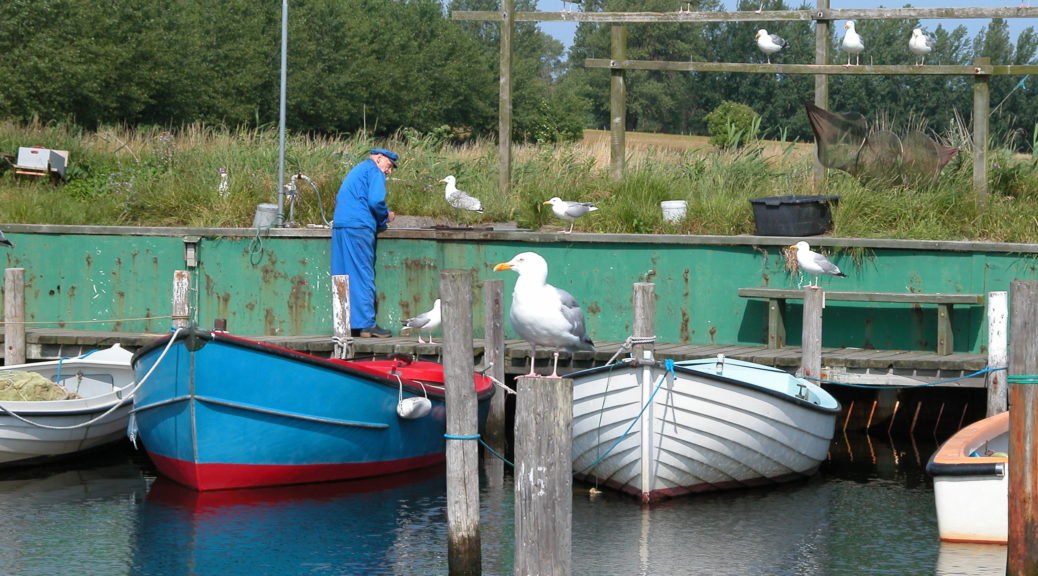 If you want to understand Denmark and Danish culture, it is almost impossible to overrate the importance of the sea. For all it’s attractions Copenhagen has never been able to match the great historic metropolises, such as Rome, Paris or London. When Denmark finally emerges in the annals of history, it is not for the splendour of it’s towns and royal palaces, instead the viking longboats are the reason Danes are talked about in the early middle ages.

If you want to understand what shaped  danish identity through the centuries, a good place to look would be on some of the small and minor islands, where sailing wasn’t just an integral part of daily life, it was vital for survival.

With a position between the Baltic and the North Sea, and with many minor and small islands, Danes were forced to go to sea. Things simply could not be managed in any other way. It is no coincidence that in 1911 the largest and most modern oceangoing ship in the world with a diesel engine was launched in Copenhagen. Likewise it is no coincidence that one of the largest shipping companies in the world has its HQ in Copenhagen. This is MAERSK, you can find the name all over the world, painted on a gazillion blue  containers.

Maybe the majority of sailors on the more than 600 MAERSK ships are not Danes anymore. This doesn’t invalidate the basic fact. Knowledge of the sea and seamanship isn’t just a convenient skill, it was a question of survival. It made it possible to live on small islands that otherwise could not provide a decent living without the income from fishing, sailing and trading. Copehagen used to be a big port. Not anymore. But there is still much of interest to see. Try a guided tour.

Tradition and History – Whaling on the West Coast

Not all Danish islands have been able to adapt to the modern world. Maybe this needs to be rephrased? The world has changed and some of the old sources of income and wealth have dried up and no longer exist. The Islands in the Wadden Sea are a good example. On Rømø, you will still find a rich legacy from the time of the whalers.

The Headstones of the Commanders on the Saint Clement’s churchyard are a visual reminder. Over three centuries many Captains spent the best years of their life sailing in the icy waters near Greenland, Spitzbergen and Jan Mayen hunting whales and bringing back the valuable whale oil. With the money brought by this trade, many a stately Commander’s Mansion was built on Rømø.

The name of the church was no coincidence. Since the middle ages Clement was the patron saint of sailors. And when they had been to sea for a year or more, no wonder they were homesick, longing for the green and fertile Denmark.

The detail about the beech trees does not apply to Rømø. The climate is much too rough and the soil too barren. Rømø isn’t a real island, you see. It didn’t rise out of the water, stubbornly refusing to be swallowed by a rising sea. This island was born from the sand and silt deposited here through the millenia. Gradually plants tok root and prevented the wind from eroding the land. Sand and silt is still being deposited at a faster rate than the rising sea levels resulting from climate change. Consequently Rømø is still growing, albeit slowly.

You will look in vain for fertile soil, moraine or clay. The highest point on Rømø is called Høstbjerg, it is a dune created by the wind, rising all of 19 meters above sea level. In the 21st Century, sheep breeding and fishing will not cause you to be rolling in money. Maybe that is why only 5-600 people live on Rømø all year round. There are a few fishermen but the biggest sector is now tourism. And it is very seasonal.

During the tourist season, things change. Rømø changes from grazing and wilderness – quite a civilized wilderness, but still – into one of the best beaches in Northern Europe.

Bornholm – sort of The Far East in Denmark

If you want to see the beech trees and get a glimpse of the glittering sounds you must go somewhere else. Go east across Jutland. Visit Kattegat, the Baltic or the little Belt. The islands you will find here are real islands. And at the opposite end of Denmark, far into the Baltic, almost halfway to Poland, you will find the only rocky island in the Kingdom of Denmark, Bornholm. There is much to explore here.

Bornholm has a special position in other respects too. Most easterly island. Rocky island. Bornholm was a seaside resort before 1880, international tourism being a growing source of income. Well off Germans wanted to go a bit further than Bad Doberan on the Baltic. After all, Bornholm is not on the Baltic. It is IN it.

The natives of Bornholm speak a dialect that is all but incomprehensible to most other Danes. That is when the Borrnholmers show their patient smile and start talking in a way we mortals can understand. After all, they are a friendly bunch and in a way Bornholm might be the most Danish of all the Danish islands.

The Story of the Loyal Subjects

This is how it happened. After a  number of disastrous defeats on the battlefield, the Danish king was forced to cede large areas to Sweden in 1658. Bornholm was part of the deal, but the Bornholmers weren’t happy about this. They overwhelmed the occupiers, killed their commanding officer and sent a delegation to Copenhagen. On arrival they declared that the loyal subjects were back to join their king. Maybe some details were left out, but this is basically historically correct.

To commemorate the episode, the Danish ferry between Zealand and Bornholm is named Jens Kofoed after one of the leaders of the revolt. But the desire for freedom and identity on Bornholm is much older. There is a tradition stating that the Island had its own flag in 1120 and maybe even before. It looks much like the Danish flag, with the difference that the cross is green instead og white. If it really IS older, it might even mean prechristian times, Christianity arrived late on Bornholm. You will occasionally find the flag flying, but I do not believe there is any risk of revolt by a group of crazed nationalists.

Ærø in the South with a Strong Maritime Tradition

One of the more interesting of the Danish islands is called Ærø. You find it in the western Baltic between the Danish island of Funen and the German Mainland. This island does not have a connection to the mainland. There are a number of ferries of course, all taking around one hour to reach their destination on Als or Funen and after crossing them you need to travel across water one more time, and use the bridge to the mainland.   With its 30 km length and an area of about 90 km2 there isn’t a basis for any major towns here. The second largest town is also the nicest to visit.

With less than 1000 inhabitants, Ærøskøbing isn’t bigger than many villages, but the town has a long history and many well-preserved latticework houses from the time when trade meant small sailing ships zipping across the Baltic and seamen’s wives used porcelain dogs in the windows to signal if their husband was at home or had gone to sea.

Porcelain Dogs, Seamen and their Wives

Looking outward, they were symbolically watching out for his return. When he returned, the dogs were turned with their back to the street. This was a symbol of the worries and the longing that were and still are an integral part of being a seaman’s wife.

The sailing tradition was so strong om Ærø, that the largest town has a navigation School. Marstal has about 2000 inhbitants and you can train to become a ship’s officer.

For a visit to Ærø on foot, use the Ferry from Svendborg to Ærøskøbing and back. If you have time, bus services on Ærø are free of charge, you could go to Marstal at the eastern end of the island. Or you could go to Søby. Until the middle of the 18th century, Ærø was a rather small duchy with the duke residing In Søby. There wasn’t much splendor here to begin with, and very little is left of it today.